Congratulations to all of this year’s Oscar nominees! All five Best Original Score nominees were scored AFM union musicians — 4 of them with members of AFM Local 47 here in Los Angeles.

Listen to these scores here.

The 92nd Academy Awards ceremony will be held on Sunday, February 9, at the Dolby Theatre at Hollywood & Highland Center, televised live on ABC starting at 5 p.m. PST. Another Awards Season is behind us, and what a season it was! This was a big year for members of AFM Local 47, with several of our musicians winning awards, receiving nominations, and having contributed to making the music recordings that contributed to some of the biggest hits of 2018. END_OF_DOCUMENT_TOKEN_TO_BE_REPLACED

Congratulations to the following AFM Local 47-scored films on receiving Oscar nominations! Listen to our Oscars 2019 #ListenLA Playlist and browse the list below. Winners will be announced at the 91st Academy Awards ceremony on February 24, 2019, broadcast live on ABC (with a live AFM Local 47 band!). END_OF_DOCUMENT_TOKEN_TO_BE_REPLACED 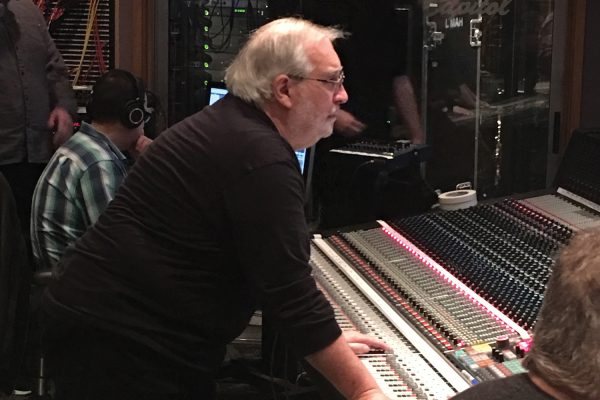 From composition and music preparation to the scoring stage, musicians bring the heart and soul to motion pictures.

Congratulations to the winners and nominees in the 90th annual Academy Awards featuring music created by AFM Local 47 musicians, and to the incredible house band and music prep team! END_OF_DOCUMENT_TOKEN_TO_BE_REPLACED

From composition and music preparation to the scoring stage, musicians bring the heart and soul to motion pictures. END_OF_DOCUMENT_TOKEN_TO_BE_REPLACED The 89th Annual Academy Awards telecast is one to be remembered — and not just for the Best Picture snafu.

In the Oscar’s 64 years of being televised, every single person who worked on the production has been listed in the end credits — that is, except for musicians.

That changed this year, when the names of all the live orchestra musicians were listed on the end crawl. END_OF_DOCUMENT_TOKEN_TO_BE_REPLACED While Overture Online is optimized for reading via the app versions, readers may also access the new issue on your web browser here.