SACRAMENTO, CA (May 18, 2015) — Today members of the American Federation of Musicians from Los Angeles, Sacramento and San Francisco hosted a live musical performance and press conference outside the state capitol in support of AB 1199, a bill proposing changes to the Film & Television Tax Credit Program they say will bring more music work to the state.

Musicians addressed the significant negative impact our community is experiencing by the continued loss of musical scoring work out of California. A brass quintet kicked off the event by performing cues from beloved motion picture and television shows from soundtracks recorded in the state to highlight rich contributions to these industries made by California musicians. Scores recorded from Los Angeles to San Francisco include such historically important films as “Singing in the Rain,” “Wizard of Oz” and ”Indiana Jones and the Temple of Doom” to modern classics including “Frozen,” “Jurassic Park,” “Up,” “The Nightmare Before Christmas” and TV shows “Bonanza,” “The Simpsons” and “Mad Men,” among countless others. “The magic of movies is remembered by the music,” said Assemblymember Nazarian. “When ‘Jaws’ roars onto the screen, it’s the music that flutters your heart. We need to support our homegrown talent in Los Angeles. This tax credit will ensure the creation and production of our musical magic remains and thrives in Los Angeles.”

“If California can recoup some of this lost work with the amending and passage of AB 1199 to create a carve-out model for musicians, not only would musicians reap benefits, so too would the state,” said Local 47 President John Acosta, who has been working closely with Nazarian on the bill. “It is estimated that for every dollar a musician earns, $4 is put into the California economy. That’s pretty good bang for the buck. What’s good for California musicians is good for all Californians, and AB 1199 would provide a sorely needed economic boost to the state.” 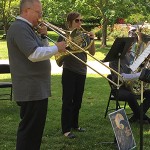 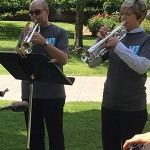 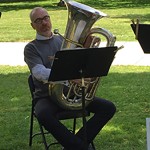 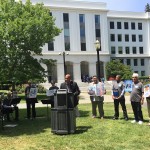 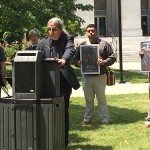 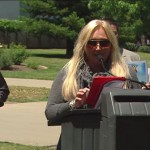 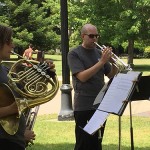