The two-day long pre-opening celebration shut down Grand Avenue to nearly 2,000 private of the Broads. A special structure was erected across the street from the museum specifically for the party, its million-dollar price tag proving no deterrent for it being torn down the next day. Before previewing the museum’s collection, guests enjoyed a private dinner with live music by the 48-piece Angel City Pops Orchestra plus conductor – a scale not typical for your average dinner party. END_OF_DOCUMENT_TOKEN_TO_BE_REPLACED Based on the beloved novel by Roald Dahl, “Matilda: The Musical” delighted audiences at the Ahmanson Theatre in a highly successful run May 28 through July 12.  END_OF_DOCUMENT_TOKEN_TO_BE_REPLACED In December, we dropped by Six Flags Magic Mountain in Valencia to check out the Local 47 rock band performing at the theme park’s “Snowy Nights” evening concerts.

Dubbed the Mistle-Tones during the holiday season, the group entertained park goers with fun renditions of holiday tunes from a large stage set up outside the Full Throttle ride. Additional guest vocalist on the night of our visit was Actors’ Equity member Joe Donohoe. During the evening DJ sets, Local 47 member Ricky Lorek performed live drums. 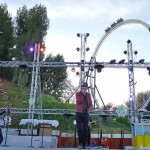 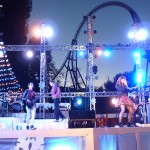 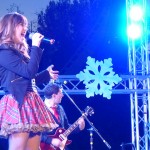 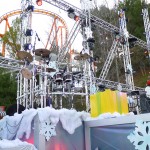 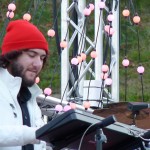 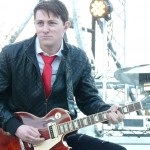 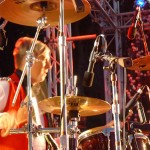 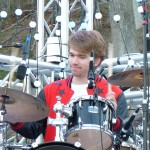 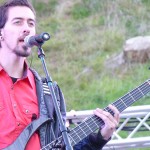 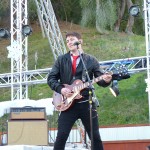 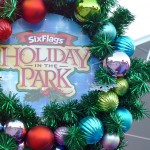 The Full Throttle band also performed during the summers and Fright Fest Halloween-season “Voodoo Nights” in 2013 and 2014. Martin Majkut conducted a small, talented orchestra contracted by Dan Savant comprising AFM members from Los Angeles and Oregon. The musicians were featured front and center on the stage during the entire three-hour performance. END_OF_DOCUMENT_TOKEN_TO_BE_REPLACED

Photo by Linda A. Rapka

After 34 years of marriage and 33 years at the Dresden, Marty & Elayne Roberts are still going strong

Holding the record as the longest running live act at the same venue in the history of Hollywood, Marty and Elayne Roberts have been playing live music at the Dresden Room’s Lounge five nights a week for the past 33 years. For all of those years, the married performing duo has been protected under a union contract — an all-too-rare occurrence on today’s live music scene. In April, Linda A. Rapka stopped by the Dresden to chat with Marty and Elayne about how they keep things fresh after more than three decades. END_OF_DOCUMENT_TOKEN_TO_BE_REPLACED Located just a few blocks away from the ceremony held at Hollywood’s Dolby Theatre, the orchestra was again led by William Ross. END_OF_DOCUMENT_TOKEN_TO_BE_REPLACED In honor of three and a half decades of releasing film music, Varèse Sarabande hosted a series of four concerts with GSPO during the orchestra’s 2012/2013 season. Produced and hosted by the label’s executive producer, Robert Townson, the December concert featured memorable scores from Hollywood’s holiday classics to seasonal film favorites.

END_OF_DOCUMENT_TOKEN_TO_BE_REPLACED

It just isn’t the holidays until the Gay Men’s Chorus of Los Angeles presents its annual musical extravaganza, Holiday Spectacular: Festival of Carols, and their 2013 performance once again lived up to its name.