AFM Local 47 musicians, WGA-West writers, and Healthy California coalition members marched with tens of thousands of Angelenos on May Day 2017 on a three-mile course from MacArthur Park to City Hall.

Musicians marched on Monday in record numbers. Our community of politically-engaged musicians has grown larger than ever before, with nearly 50 musicians making the long march in the hot sun yesterday. 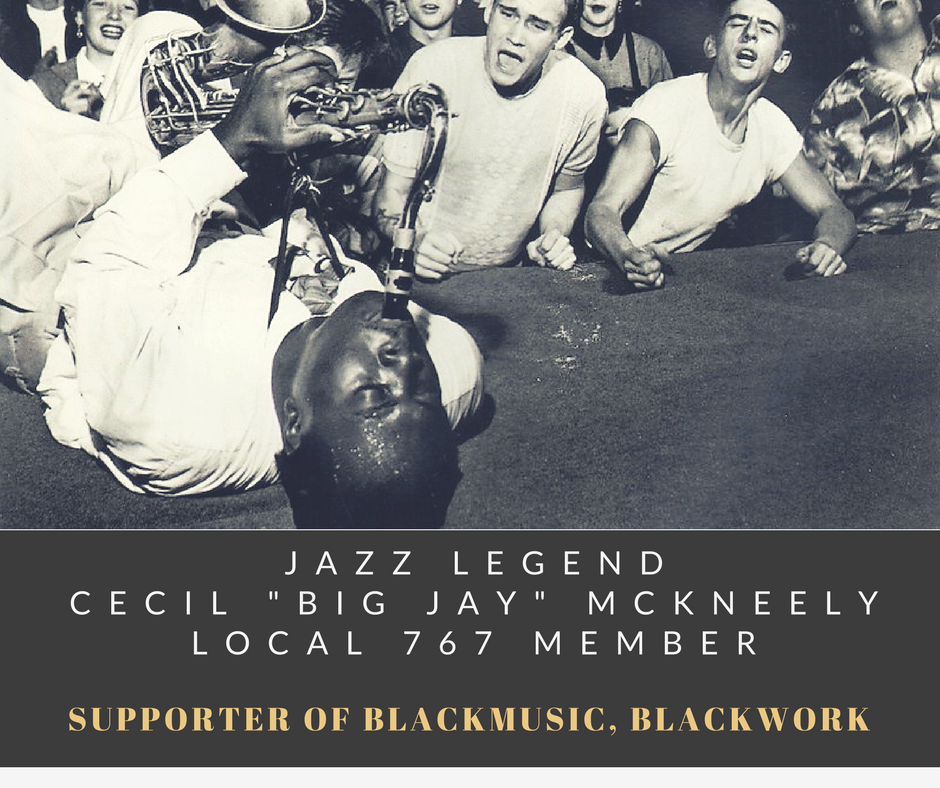 On the evening of February 23, please join us for the launch of BlackMusic, BlackWork, a historical exhibition that explores the unsung bravery and artistry of Black working musicians of Central Avenue in Los Angeles whose work transformed L.A.’s music industry forever. The Los Angeles demonstration — one of dozens of sister events throughout the nation and around the world held in tandem with the Women’s March on Washington, D.C. — centered around support not only for women’s rights, but for civil liberties, worker rights, healthcare, human dignity, and free speech. Event organizers stressed that the marches were not just for women or women’s issues but about issues with direct impacts on all citizens, and to show solidarity with those most at-risk under the current administration.

“I couldn’t not be here today,” said Dale Breidenthal, second violinist with the Los Angeles Philharmonic. “We need to stand up for common decency for all humans.”

END_OF_DOCUMENT_TOKEN_TO_BE_REPLACED

It just isn’t the holidays until the Gay Men’s Chorus of Los Angeles presents its annual musical extravaganza, Holiday Spectacular: Festival of Carols, and their 2013 performance once again lived up to its name.